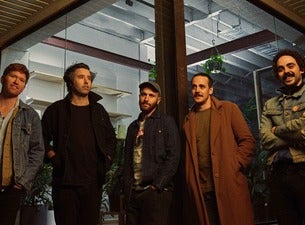 Australian guitar-pop five-piece Rolling Blackouts Coastal Fever will be touring Australia in April and May 2021 for their biggest headline performances to date. The seven-leg, Sideways To New Italy Australian Tour will be in celebration of the group’s triumphant second album Sideways To New Italy, released in June and out today on limited-edition 140g rosé-coloured vinyl via Ivy League Records.