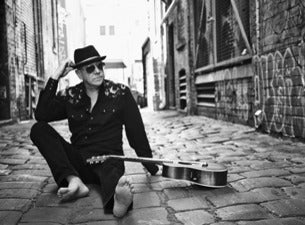 A few phrases commonly used when describing Aussie legend Russell Morris.. Shooting to fame in the middle 60’s with Somebody’s Image, Russell had a string of hits including Hush and the Bob Dylan classic Baby Blue.

In 1969 he and producer Molly Meldrum released “The Real Thing”, Australia’s only true psychedelic #1 hit and a song that is played regularly on commercial radio to this day.

Following that, Russell penned breakthrough hits such as;

Constantly in demand, Russell still tours nationally throughout the year as well as appearances internationally.

In 2012 Russell released the Sharkmouth Album a collection of tunes written about Australian historical characters.

Russell Morris captured the hearts and imagination of Australians in 2012 when he unveiled 'Sharkmouth', the first of a trilogy of albums re-telling some amazing stories in Australia's distant past-some famous, some not so famous-creating a historical document using blues and rock.

The Badloves are an Australian soul and RnB band formed by frontman Michael Spiby. The band originated in Melbourne, Australia in late 1989 and were initially called DC3 before becoming The Badloves. The initial band members were Michael Spiby (guitar and lead vocals), his brother John Spiby (keyboards, saxophone), John Housden (guitar), Stephen ‘Irish’ O’Prey (bass) and Chris Tabone (drums). The band are famous for hits like “Lost”, “Green Limousine”, “I Remember”, “Caroline” and a cover of “The Weight” with Jimmy Barnes.