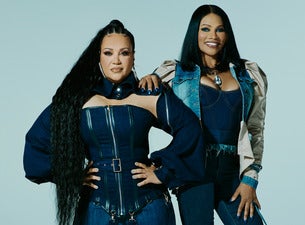 After sold out tours in 2011 and 2013, one of Australia’s favourite groups, the original queens of Hip-Hop, Salt n Pepa are returning to our shores. Performing at Falls Festival, the ladies – joined by DJ Spinderella - have also announced one special headline show in Melbourne on Saturday 27th December at Forum Theatre. The Grammy Award winning group who have sold over 15 million albums worldwide will be joined by one of Australia’s favourite R&B groups of the 90’s, CDB. All four members of CDB will be reuniting for one exclusive show only.

CDB are Australia’s pioneers of R&B. From starting out as teenagers in the 1990’s touring with Madonna and Peter Andre, and topping the Australian charts, the group are still active today 15 years on. Original members Andrew De Silva – who won Australia’s Got Talent in 2012, Gary Pinto who is the vocal coach of X Factor Australia, Brad Pinto who wrote 360’s hit “Boys Like You”, and Danny Williams, continue to write and produce hits for artists both here and abroad.

Forum Theatre will turn into one massive party for the night with some  of Melbourne’s favourite DJ’s opening up the evening playing all  90’s favourite party jams. CDB will then take the stage performing their hits “Lets Groove”, “Hook Me Up”, “Hey Girl” and more, and Salt n Pepa will close the evening, performing all their biggest hits including “Lets Talk About Sex”, “Shoop”, “Push It”, “Whatta Man”, “Do You Want Me”, “Tramp” and more.