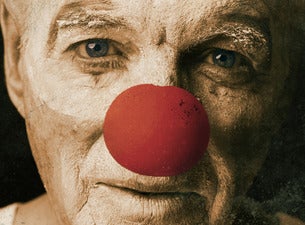 Butcher’s poignant tale begins as an ancient clown stops to reflect on the extraordinary fortunes of his life; orphaned on the wharfs in Trinidad, apprenticed to a travelling snake charmer and drawn into tragic circumstances as a gravedigger at Auschwitz. In turn, Scaramouche Jones explores some of the darkest episodes of the 20th Century and the universal themes of loneliness and family, albeit laced with the consummate wit of the circus clown.

In this challenging role, performed in Arts Centre Melbourne’s most intimate theatre, Colin Friels strips away the comic masks of Scaramouche Jones to deliver a totally unmissable performance.