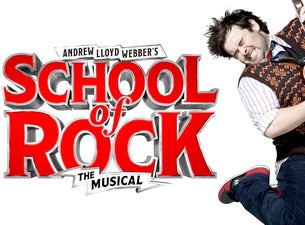 School of Rock - The Musical Tickets

About School of Rock - The Musical

After 3 years on Broadway and 2 years on the West End, along with sell-out shows in China and a raves reviews from Melbourne, it’s your turn next Sydney to see the show called “Incredibly fun… hilarious and heart-warming” (Beat) and “An unalloyed delight – a slick, family friendly musical with a big rock sound”. (The Age)

With a 2019 Helpmann Award nomination under his hat, Brent Hill will be leading the Australian cast in the role of Dewey Finn – a failed, wannabe rock star who decides to earn an extra bit of cash by posing as a supply teacher at a prestigious prep school. Alongside him is Amy Lehpamer, the strict headmistress with a penchant for Stevie Nicks songs and a group of supremely talented young rockers.

Don’t miss Andrew Lloyd Webber’s SCHOOL OF ROCK when it lands in Sydney this November!