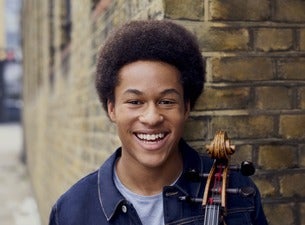 Sheku Kanneh-Mason shot to global fame after his mesmerising performance at the wedding of Prince Harry and Meghan Markle in 2018.

The winner of the BBC Young Musician award in 2016, and the first cellist in history to reach the top 10 of the UK album charts, Sheku is also one of seven siblings, all extraordinary instrumentalists, who have been described by Simon Cowell as the world’s most talented family.

On this, the first Australian tour by Sheku and the Kanneh-Masons, he will be joined by his sister Isata, now one of Britain’s leading young pianists, in a performance of greatly loved sonatas for cello and piano, and, in the second half of the program, by the entire family. The program will feature works by Schubert, Liszt, Mendelssohn, Shostakovich, Gershwin and other popular composers.

This will be the Kanneh-Masons’ first tour as a family outside of Britain.

Sheku plays a 1700 Matteo Gofriller cello, kindly on loan from an anonymous syndicate of private investors.