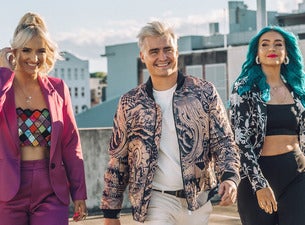 Australia’s pop powerhouse perform all the hits from their third studio album, Kaleidoscope Eyes in a spectacular live performance.

Featuring dynamic live performances of songs including Symphony, Learning to Fly, and M.I.A, Sheppard bring all the colours of their most recent album to life in an anthemic and uplifting show.  Also included in the show are performances of iconic hits such as Geronimo, Coming Home, and Kiss My Fat Ass that have made Sheppard one of the most beloved Australian bands of the current era. Sheppard never fail
to deliver one of the most uplifting and joyous performances you have ever experienced. Special guest on this show, Dami Im.