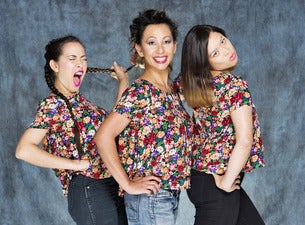 Step into the after-hours of a suburban Chinese restaurant and meet a family of whip smart women who are definitely talking about you in their native tongue.

At the Golden Phoenix, a restaurant on the Sunshine Coast, the last customers have left for the night, and Pearl can unwind. She’s the quintessential matriarch – balancing family, business, and her love of karaoke. Enter her daughters: Zoe, in the throes of online dating, making big life decisions. And Mei, a teenager, grappling with her identity in modern Australia. Of course they see the world differently to their mother. Pearl is the classic (hilarious) onslaught of embarrassing observations, constantly questioning her Westernised children. Tonight she reveals a secret that threatens to tear their family apart.

Single Asian Female was commissioned by and premiered at La Boite Theatre Company in Brisbane 2017. This work was developed with the assistance of the Lotus Playwriting Project, an initiative of Playwriting Australia and Contemporary Asian Australian Performance (formerly Performance 4a). The premiere season was supported by Philip Bacon Galleries.

Joyful, and laugh-out-loud funny from start to end...

Sweet and sour comedy/drama is a little revolution

Its story embraces us all. It is a work that any Australian theatre company would be proud to produce

From Hello Kitty to Pauline Hanson, the play tackles racial stereotypes, family and romance on the Sunshine Coast with sensitivity and humour