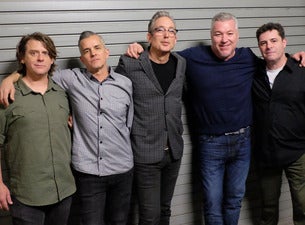 Californian rockers, Smash Mouth, have just announced they will return to Australia in November 2018 to play shows across the East Coast.  The band will bring their unique sound that they have well and truly created and a style that is comfortably their very own.

Smash Mouth were regular chart toppers and rode the wave of the 90’s ‘alternative’ music scene, selling in excess of 10 million albums worldwide.  They are no strangers to our audiences with songs like the All Star, Can’t Get Enough of You Baby, Walkin’ On The Sun and celebrated Monkees classic I’m A Believer, all of which have become radio staples and included on party playlists everywhere!

Last year, the multi-platinum and Grammy-nominated band celebrated the 20th anniversary of their debut, smash-hit album “Fush Yu Mang”.  Out of nowhere, the single Walkin’ On The Sun was an immediate international sensation and quickly shot to No. 1 on the US Billboard charts, and eventually boosting the album sales to over 3 million copies in the US alone.  In the two decades since, Smash Mouth have not slowed down.  In fact, they are still vibrant as ever with their groovy beats, memorable melodies and fun lyrics

Their 1999 release ‘Astrolounge’ was a brilliant follow-up album boasting three top- ten hits (“All-Star”, “Then The Morning Comes”, and “Can’t Get Enough Of You Baby”) and sales for that album nearly doubled those for their debut.  Smash Mouth’s third, eponymous release featured the smash hit “I’m a Believer”.  Around that time, Smash Mouth crossed over into the film world by providing the musical heart of the soundtrack for “Shrek.

Smash Mouth is indeed – at its core – about having fun.