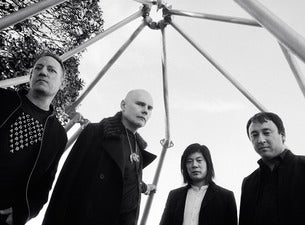 About The Smashing Pumpkins

The Smashing Pumpkins in Concert

The Smashing Pumpkins have created one of the most acclaimed bodies of work in musical history having sold more than 30 million albums, and won multiple Grammy Awards in the process. The pivotal group's many hits defined the alternative music era and continue to resonate on modern rock radio, influencing a whole new generation. In June 2012, the band released the critically acclaimed album Oceaniavia Martha's Music/EMI Label Services/Caroline Distribution. It entered the Billboard Top 200 Albums Chart at #4; earned the #1 spot on the Independent Albums Chart; and Rolling Stone hailed it as one of the best albums of the year. Formed in Chicago in 1988, they released Gish, their influential and platinum debut in 1991, which was followed by albums including the nine-time platinum Mellon Collie And The Infinite Sadness and the four-time platinum Siamese Dream, as well as the platinum certified 1998 album Adore which saw a 107-track reissue in 2014.

The band released two albums within a year of each other starting with Monuments to an Elegy, in Dec 2014, followed by Day For Night in 2015 and played some special shows with Mark Stoermer of The Killers and Brad Wilk of Rage Against The Machine joining The Pumpkins' Billy Corgan and Jeff Schroeder.

Monuments to an Elegy marks the band's eighth studio album and is the follow-up to their 2012 critically acclaimed album Oceania. It entered the Billboard Top 200 Albums Chart at #4; earned the #1 spot on the Independent Albums Chart; and Rolling Stone hailed it as one of the best albums of the year. A worldwide concert tour in 2012 and 2013 brought the band some of the strongest live reviews of their career and found them blazing new trails on the concert stage, using new technology in video-mapping to create something new and previously unseen.

Monuments to an Elegy was recorded in Chicago with Smashing Pumpkins guitarist Jeff Schroeder, who's been in the band since 2007.

The Smashing Pumpkins on Tour

The Smashing Pumpkins announced the Rock Invasion 2 tour in 2020 – a sequel to their iconic 1993 Tour that spanned the globe. The nine stop tour kicks off on April 23rd in Louisville, KY and will end in Greensboro, NC on May 8th. This brings the iconic rockers to intimate venues, featuring a heavier rock set of songs spanning the band's entire catalog. The tour features Billy Corgan, Jimmy Chamberlin, James Iha, and Jeff Schroeder alongside bassist Jack Bates.

In addition to the nine Rock Invasion 2 dates, The Smashing Pumpkins headline two festivals – Beale Street Music Festival and Shaky Knees Music Festival – and after the tour concludes, go on to open for Guns N' Roses' 2020 stadium tour for a number of dates in July. They join Guns N' Roses on a select number of dates for their 2020 worldwide stadium tour. Stops in major cities across North America include Philadelphia, PA; Detroit, MI; Toronto, ON; Washington, DC; East Rutherford, NJ; and Boston, MA.