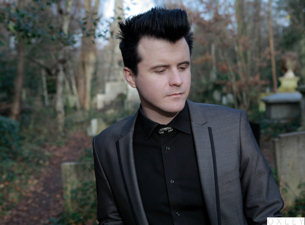 Whilst the album crashed into the ARIA top 10 and old faves and current singles Talking Like I'm Falling Down Stairs and China were clearly well received during the ensuing tour, it was the celebratory and evangelical third single Mary that had everyone jumping and singing.
Now Sparkadia announce that come Spring they'll be back. Throughout September the guys will visit most cities and regional centres on their ‘Mary' tour.