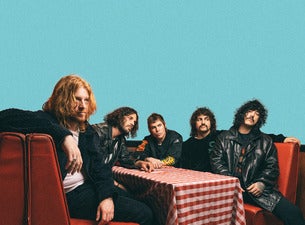 “Lekkerboy” is the perfect reflection of the journey Sticky Fingers have been on thus far. Released on April 20th and written over a 2.5-year span and a pandemic, it’s the first time in thirteen years that the band were isolated from each other, living in different places across the country. The band eventually reconnected to make some of their best work to date.

“Even when the world stops our story keeps unravelling and we’re good at capturing that story. Lekkerboy is open to your own interpretation and the poetry is left for the taking...But for me this album is raw and already feels nostalgic - It’s big and full of heart.”

Now that Lekkerboy has been released – after a 6-month rollout with 8 singles and video clips leading into the release, the band is excited to deliver the album live to fans all over the world. Catch Sticky Fingers across Australia this July for the first time in years. This is the long-awaited return the fans have been waiting for and tickets will go quick.