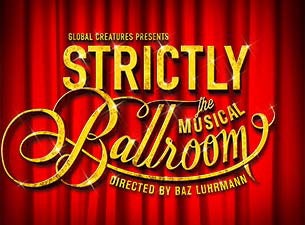 Final seats have just been released for STRICTLY BALLROOM THE MUSICAL. This spectacular production is playing a strictly limited season at the Sydney Lyric Theatre and must end soon.

Based on the much-loved 1992 Australian film, this brand new Australian musical has audiences dancing in the aisles in a kaleidoscope of colour and fun.

Directed by Baz Luhrmann and featuring costumes and set design by Academy-Award winner Catherin Martin, STRICTLY BALLROOM THE MUSICAL features classic songs from the film including Love is in the Air, Time after Time and Perhaps Perhaps Perhaps, as well as some wonderful new songs by artists such as Eddie Perfect and Sia.

Strictly Ballroom is the inspiring story of a championship ballroom dancer who defies all the rules to follow his heart. This uplifting and courageous tale originated as a stage play that Baz Luhrmann created as a student at the National Institute of Dramatic Art (NIDA) back in 1984. The film version of Strictly Ballroom went on to win awards at the Cannes Film Festival, the AFI's and the Bafta's and was nominated for a Golden Globe® award before dancing into the hearts of audiences all over the world.

Experience all the glitz, glamour and laughs that will be sure to put a smile on your face.