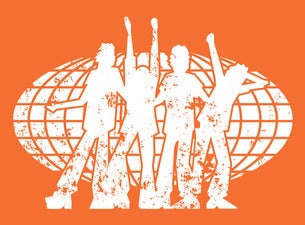 Britpop legends Supergrass will tour Australia in April and May. This five-date run will be their first headline shows on our shores in twelve years and will coincide with the band’s recently-announced six scheduled performances at Groovin The Moo festivals across Australia.

The exciting news follows the band’s announcement in September 2019 that they were reforming after a ten-year split to tour the United Kingdom, Europe and North America in celebration of their seminal debut album I Should Coco’s 25th anniversary. Just moments before the band’s surprise reunion show at Glastonbury’s Pilton Party in September 2019, frontman Gaz Coombes told NME:

Since forming in Oxford UK in 1993, Supergrass have received nods from the BRIT Awards, NME Awards, Q Awards and Ivor Novello Awards and are widely-recognised as one of the most important bands to emerge during the 1990s. They first broke onto the Britpop scene with their Mercury-nominated UK #1 debut album I Should Coco in 1995, with its fourth single ‘Alright’ catapulting the band to global success.