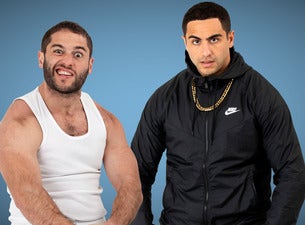 The superstars of the hit TV Series SUPERWOG (as seen on ABC TV and YouTube) are back on tour and coming to a theatre near you. Get ready for a night of non-stop laughs as all your favourite characters hit the stage in Brisbane with an outrageous new show.

Expect never before seen sketches as well as a bunch of hilarious favourites from their SOLD OUT 2017 hit show “Fake it Till You Make it”.

With an incredible 195 Million YouTube views and more than 1 Million subscribers, Superwog are constantly at the top of the YouTube Comedy Charts and one of the hottest names in Australian comedy.

Don’t miss your chance to catch the boys live and uncut in their biggest show yet.