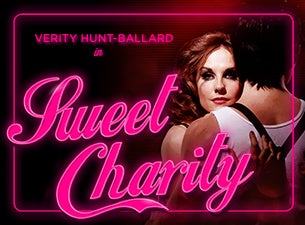 After a sell out season at Sydney's Hayes Theatre Co, the award winning, smash hit musical will return to Sydney for a strictly limited engagement this summer.

If you believe in something hard enough, then eventually it has to come true, right?

Verity Hunt-Ballard stars in her Helpmann award winning role of Charity Hope Valentine, the eternal optimist — a worldview that puts her distinctly at odds with her co-workers in a seedy, run-down dance hall. Dancing with man after man to pay her rent, she dreams of finally being whisked out of there and rescued by love. But can Charity wish her way into making love come true?

Debuting on Broadway in 1966, Sweet Charity features a memorable music score by Cy Coleman and Dorothy Fields including major hits like Big Spender, If My Friends Could See Me Now, and The Rhythm of Life. A combination of Neil Simon’s razor-sharp script and Bob Fosse’s direction and choreography were largely responsible for the musical’s distinctive and lasting identity.

Sweet Charity’s high-energy choreography and sharp-witted dialogue earned a knock-out eight 2014 Helpmann Award nominations this year, winning three including Best Female Actor in a Musical for Verity Hunt-Ballard, Best Direction of a Musical for Dean Bryant and Best Choreography in a Musical for Andrew Hallsworth.