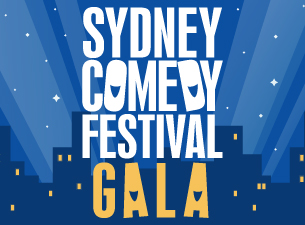 Catch the hottest acts of the Sydney Comedy Festival all in one incredible show!

Sydney’s biggest month of comedy kicks off in grand style with the Sydney Comedy Festival Gala at The State Theatre! Featuring a dazzling line-up of the Festival’s funniest international stars, Australian legends and next-big-things in comedy, the Gala is the premier comedy event in Sydney’s cultural calendar.

Join us for a huge night of laughs!

“A line up as fine as you could expect anywhere and a great way to launch the Sydney Festival.” – Chortle (UK)

“One of the most outrageous events on Sydney's cultural calendar.” – Concrete Playground

“A rollicking night of fun.” – Scenestr