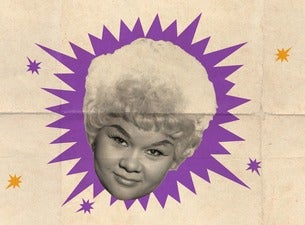 About Tell Mama: The Music of Etta James

“A commanding and inspiring show.” – The West Australian

This show is guaranteed to give you a hip-wiggling, soul-stirring good time as they cover favourites such as ‘At Last’, ‘I Just Want to Make Love to You’, ‘Good Rockin’ Daddy’ and ‘Something’s Got a Hold on Me’. It doesn’t even matter whether you know her songs by heart or only know her by name.

“My mother always told me, even if a song has been done a thousand times, you

can still bring something of your own to it. I’d like to think I did that.” – Etta James

Ms James was not an easy performer to pigeonhole, with a style that spanned a variety of music genres including blues, rhythm and blues, rock and roll, soul, gospel and jazz.

The New York Times stated “she had one of the great voices in American popular music, with a huge range, a multiplicity of tones and vast reserves of volume.”