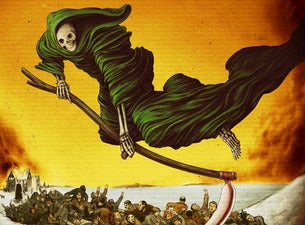 About The Amity Affliction

Australia’s most successful heavy music exports The Amity Affliction will have their Brisbane fans revelling as they bring ‘Heaven and Hell’ to Riverstage for the venue’s 30th anniversary celebrations.

Joined by metalcore bands Underøath, Crossfaith, Pagan, South East Desert Metal, Void of Visions, Endless Heights, and Thornhill (with more to be announced soon), this will be one of The Amity Affliction’s biggest shows yet – and just for Brisbane.

Having recently claimed their fourth consecutive Number 1 ARIA chart debut for their sixth studio album Misery with hits ‘Ivy’, ‘Feels Like I’m Dying’ and ‘D.I.E’, as well as two sell-out performances at Download Australia, the band continues to wreak havoc with no signs of slowing down.