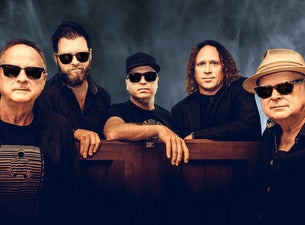 Australian rock stalwarts The Angels bring their highly acclaimed show Symphony of Angels to Perth Concert Hall for the very first time. Under the musical direction of conductor and composer, Rob John, the band – Rick and John Brewster, Nick Norton and Sam Brewster, fronted by the incomparable and charismatic Dave Gleeson – is set to rock again in this symphonic spectacular.

This 20-song extravaganza will take you through The Angels’ greatest works, among them: Take A Long Line, Marseilles, After The Rain, Be With You, No Secrets and Am I Ever Gonna See Your Face Again. Brothers Rick and John grew up in Adelaide surrounded by a family of classical musicians, and always hoped their beloved rock anthems could one day be elevated by orchestral accompaniment – the result is Symphony of Angels.