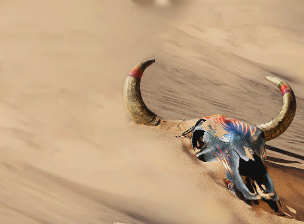 About The Australian Eagles Show

The internationally acclaimed Australian Eagles return to Australia for a one-off performance in Melbourne at the Palms at Crown on Friday August 2nd. Accompanying the Australian Eagles, as special guest, is The Linda Ronstadt Story.  Seven seasoned session musicians have taken their love of the Eagles music and performed to audiences throughout Australia and overseas. Everyone has a favourite Eagles song; their extensive catalogue of hits has secured their place in music for generations to come.

The Australian Eagles perform an all live no gimmicks recreation of Eagles hits that are as close to perfection as possible. The band pride themselves in giving the audience a flawless recreation of the Eagles in their heyday during the late 1970s.   Performing all the classic hits including Desperado, Life in the Fast Lane, New Kid in Town, Take it to the Limit, Heartache Tonight and the classic Hotel California.

The band also pay homage to the solo hits from Joe Walsh, Don Henley and the late Glen Frey. Shayne Browne, lead guitarist and founding member of the Australian Eagles gives a one paragraph description of the Eagles popularity and global dominance.

“The Eagles formed in Los Angeles in 1971. Five number one singles – six Grammy awards – five American music awards – six number one albums - sold over 150 million records and the ‘Eagles greatest hits’ album was the best-selling albums of the 20th century.”

As special guest for the performance at the Palms Crown is Tracy Warner performing the hits of Linda Ronstadt. Having graced the cover of Rolling Stone magazine six times, numerous hit singles, albums and being given the title of The First Lady of Rock, Linda Ronstadt broke down barriers in the male dominated music industry of the late 1970s. She became the highest paid woman in rock history and the only woman to sell out stadiums across the world.

Shayne from Australian Eagles thought it would be unique to have Tracey performing Linda Ronstadt as special guest, Afterall Don Henley, Glenn Frey, Bernie Leadon and Randy Meisner were her backing band and played on her third self-titled album.  They went onto form a little band called The Eagles and the rest as they say is history. The Australian Eagles and the Linda Ronstadt Story performs The Palms at Crown Friday August 2nd, 2019.