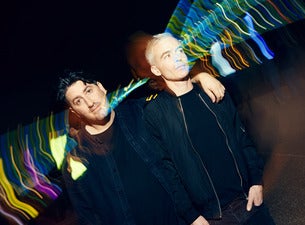 Staging one of the comebacks of the century last year with their second album Wildflower, Australian sonic adventurers The Avalanches make their way back to sunny Queensland with a one-off Sydney City Limits sideshow at The Tivoli.

For years they were hidden in the musical wilderness, feeding off the steady props that continued to trickle through on the back of their stone-cold classic debut record Since I Left You, released all the way back in 2001. Tunes like Frontier Psychiatrist and the hypnotic title track marked this Melbourne-based collective as one of the most influential outfits in the history of Australian music as their patchwork, sample-friendly rave ups wove themselves into the fabric of our collective musical identity.

From that point, year after silent year would go by until suddenly, in May 2016, word came through of a “hotline” which could be called with new Avalanches tunes waiting on the other side. As hype rolled on it was eventually confirmed that Wildflower was coming and that after 16 long years, we’d finally have new music.

What we didn’t see coming was the revelation that, now shorn of all members but two (Robbie Chater and Tony Di Blasi), these boys would somehow pull of a Benjamin Button-esque miracle in which their skills and relevance had completely failed to age. Wildflower was brilliant and The Avalanches now possess a stage show befitting of a band with a momentous catalogue, not just one wondrous record.