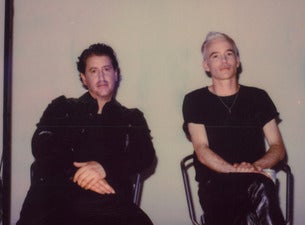 One of the most anticipated albums of last year, We Will Always Love You, builds on the sample-based approach of The Avalanches’ classics Since I Left You and Wildflower whilst stepping boldly into new terrain. The album, released on 11 December, was described as “A vibrant cosmic journey like no other, and a love letter to the unifying power of music” by NME and recently took out the prestigious 2020 Australian Music Prize. We Will Always Love You moves beyond the party-up exuberance of The Avalanches’ youthful music to a tender and reflective sound that is sure to mesmerize live.

Since their ground-breaking debut, Since I Left You in 2000, The Avalanches have remained at the top as one of Australia’s most distinctive and influential acts. The record quickly became recognised as a modern classic and was named one of the year’s best albums by critics around the world, it was placed in the Top 10 of Pitchfork’s Top 200 Albums of the 2000s and in the Top 20 of Rolling Stone’s Greatest EDM Albums of All Time.