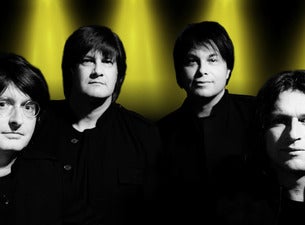 About The Beatle Boys

“Recreating The Magic Of The Beatles & Beatlemania including The Timeless Hits Of John Lennon, Paul McCartney, George Harrison & Ringo Starr!

Exclusively come and relive all the Beatles Classic hits in one sensational two-hour concert experience presented by the world’s premier ‘Beatles’ band, The Sensational Beatle Boys..

Direct from sold-out concerts in Canada & North America, South Africa and Asia, The Beatle Boys will transport audiences back to those incredible days when the Beatles dominated the music charts with as many as 7 songs in the Top 10 starting at No1.

Hear every classic Beatles song that ever made it to No 1 and relive the magic and unique sound that made the Beatles the greatest rock ‘n’ roll band the world has ever known. No less than 35 chart-toppers that made the four ‘mop tops’ so much a part of our lives back in those heady days of the 60’s together with the timeless hits of John Lennon, Paul McCartney, George Harrison & Ringo Starr.

You’ll hear and sing along to: Help, A Hard Day’s Night, Can’t Buy Me Love, Yesterday, Love Me Do, She Loves You, Eleanor Rigby, Hey Jude, Let It Be, and many more; brought to Australian audiences with love from us to you.

To this day the 1964 Tour changed social and cultural attitudes in this country overnight; created a whole new pop culture. It changed fashion and it changed us. Boys started to wear their hair longer and girls their skirts shorter. We changed and we never looked back.

Internationally recognised rock music guru and Beatles author Glenn A Baker describes The Beatle Boys thus: “The Fabulous Beatle Boys impress with their deft grasp of the Fab Four’s entire span.” Plus a microcosm of comments from those fortunate to have already seen this magnificent show:

“ ‘Something’ was nothing short of magnificent” – Life Music Media

“It was one of those special nights” – R.C. Auckland NZ

Audiences will relive all the hits even when the original 64 tour show as it was performed all those years ago in Australia. The identical outfits, the instruments and atmosphere will be faithfully recreated.

Audiences will be encouraged to help recreate that atmosphere; to scream, shout and jump about. Well, maybe parents might leave that to their daughters and grandchildren. Whatever they decide, it is going to be huge fun and an experience to savour all over again.