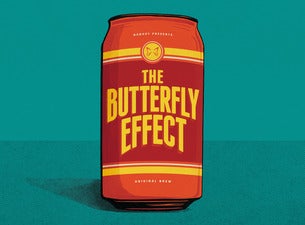 About The Butterfly Effect

Don’t miss Brisbane rockers The Butterfly Effect when they hit the road for their only live shows of 2019. Formed in 1999, the 4-piece released four studio albums together before going their separate ways in 2012. After reuniting their original line-up for an Australian tour last year, the band are back in the studio working on new music that could potentially premier when they play to audiences all around the country in August.