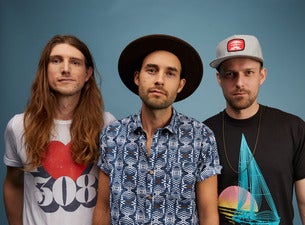 About The East Pointers

Redefining modern folk with chart-worthy pop hooks, deep acoustic groove, trance-like trad breakdowns and three-part harmonies, The East Pointers have made sure that their new album 'Yours to Break' (out October 25th worldwide) lights a path for a new generation of music lovers who don't care for labels. In 2019, The East Pointers are coming off the back of their Woodford Folk Festival shows to play one Brisbane show only.

'What We Leave Behind' was one of the international standout albums of 2017, nominated for the Traditional Roots Album of the Year at the 2018 JUNO Awards and attracting over five million streams on Spotify. In the short time between their 2015 JUNO Award-winning debut 'Secret Victory' and the upcoming 'ours To Break', the band has performed over 450 shows in Australia, New Zealand, Japan, the UK, Europe, Mexico, the USA, and Canada.

'Yours To Break' sits uneasily in a classic genre demarcation. The East Pointers have always been musically complex and technically brilliant, the core is definitely traditional Celtic, but on the new album, fiddle tunes are grounded in complex rumbling bass lines, a dirty Americana exploration turns on a dime into a lighthearted guitar feature with flamenco reference palmas, playful keyboard tones turn traditional solos into urgent dance-party journeys, and off-the-leash festival jam sessions give rise to vocal numbers that are either perfect pop songs or moving tributes to the home and people they love.

"Canadian trio the East Pointers barnstormed the place, with another musical gear always in reserve when required." - The Australian

"The East Pointers are one of the hottest young folk bands on the planet" - Geoff Wood, ABC Radio