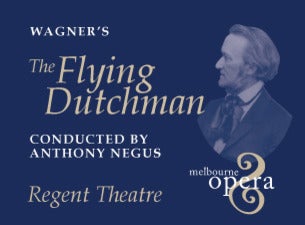 About The Flying Dutchman

Sung in German with English subtitles.