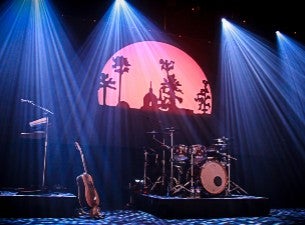 The Australian Eagles recreation of Eagles hits are as close to the real thing as possible. The band pride themselves in giving the audience a flawless recreation of the Eagles in their heyday during the late 1970s. Performing all their definitive  hits including Desperado, Life In The Fast Lane, New Kid In Town, Take It To The Limit, Heartache Tonight, Take It Easy and the classic Hotel California.

Shayne from Australian Eagles thought it would be unique to have the amazing voice of Tracey Vaughan performing Linda Ronstadt as a special guest. After all Don Henley, Glenn Frey, Bernie Leadon and Randy Meisner were her backing band for a time and played on her third self-titled album. They went on to form a little band called The Eagles and the rest as they say is history.