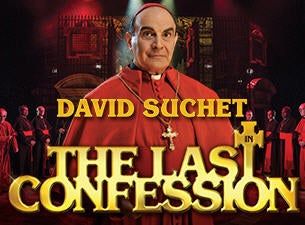 Set in the corridors of the Vatican at the time of the sudden and controversial death of Pope John Paul I only 33 days after his election, The Last Confession is a mystery thriller of biblical proportions.

The Vatican refuse to conduct an official investigation into the death of the Pope but the politically savvy Cardinal Bellini (David Suchet) who had engineered the election of Pope John Paul I is determined to find the truth.

After playing in London, Toronto and Los Angeles, Australia will get the chance to experience what the Evening Standard (UK) called an “intelligent and provocative new work”.