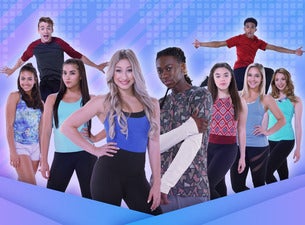 The Next Step Dancers Tickets

About The Next Step Dancers

The Next Step veteran, VICTORIA BALDESARRA will join THE NEXT STEP for its return to Australia in 2019.

Victoria, who stars as ‘Michelle’, is one of the original members of the hit TV show and the only cast member to appear in all six series. Victoria, who started dancing at three, was in Australia in January with fellow The Next Step star Brittany Raymond to deliver a run of sell out dance workshops to Australia’s young dance fraternity.

Featuring ten of the cast from the hit television series, The Next Step – Absolute Dance will be a brand-new show that offers fans a chance to get up close and personal with cast members from the global hit TV show.

Following sell-out tours in 2016 and 2017, this will be the largest tour ever undertaken by The Next Step in Australia and will see the show appearing in all Australian capital cities as well as many major regional centers.

The 90-minute stage show features solos, duets, trios and group numbers choreographed to popular hit songs along with original music from the show.

Amy Wright will be the Creative Director / Choreographer for the tour. Amy has been with the series since its inception as Casting Director, Choreographer and a Producer and has coordinated over 500 unique dance moments for the series. Over the years, Amy has been fortunate to work with some of the hottest stars in the business and with an eye always open to new talent, Amy has cast hundreds of dancers for a variety of projects.