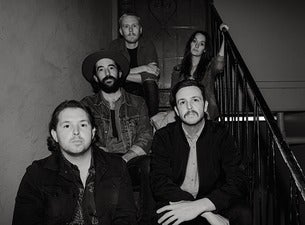 About The Paper Kites

The Paper Kites have since opened for the likes of Passenger, City and Colour and Bombay Bicycle Club, and completed a number of local and international headline tours, selling out rooms like the Fonda Theatre (Los Angeles), Paradiso (Amsterdam), and the historic Forum Theatre (Melbourne).

The indie-folk group haven't played in Australia in 2 years, and in that time, The Paper Kites have written and recorded their fifth studio album Roses, which has just been released to the world.