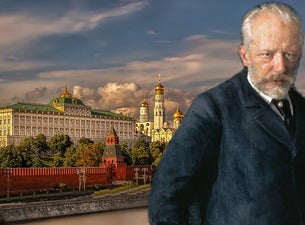 About The Royal Melbourne Philharmonic

In 2018 the Royal Melbourne Philharmonic celebrates its 166th year of music-making in Victoria, making it Australia's oldest surviving cultural organisation and one of the oldest secular independent choirs in the world.

Today, the RMP Choir continues to present critically acclaimed performances to local audiences in Melbourne and regional Victoria.   It is committed to the fostering of young musicians and is recognised by many as Melbourne's premier symphonic choir. The RMP's choristers are strictly auditioned and are voluntary musicians who share a common love of choral music, and who give their time freely in the pursuit of musical excellence.

The RMP was founded in 1853, by a group of civic leaders and music lovers who wished to bring musical culture of a high standard to the early colony of Victoria, and since that time has presented performances at many historic occasions and important events in the history of Melbourne. These include the Melbourne International Exhibition of 1880, the Great Centennial Exhibition of 1888, the opening of the First Australian Parliament in 1901, the opening of the Melbourne Town Hall, the 1956 Olympic Games and most recently, the Centenary of Federation celebrations in 2001.

Throughout its long existence, the RMP has consistently presented performances of major choral and orchestral works to great acclaim, often as Australian or Melbourne premieres. Amongst the many works performed for the  first time in Australia by the RMP Choir and Orchestra, are Mozart's Requiem, Handel's Israel in Egypt, Bach's St. Matthew Passion, Vivaldi's Gloria, Mendelssohn's Elijah, Dvorak's Stabat Mater, Elgar's The Kingdom and Walton's Belshazzar's Feast to name a few.

Handel's great oratorio Messiah has particular significance for the RMP. It first launched the choir in 1853 and has been performed at least once every year since. This unbroken sequence of performances is considered a world record.

Tradition is the quintessence of the Royal  Melbourne Philharmonic, the oldest surviving cultural organisation of colonised Australia..... there was a capacity crowd at the Melbourne Town Hall for this concert by the RMP choir and orchestra, and a distinguished line-up of soloists. Conductor Andrew Wailes was in control of all his forces throughout, ensuring confident entries from the choir and band, as well as a good balance between the two. The RMP orchestra...  played with purpose and attack. The heart and soul of the RMP is, of course, the choir. There is an irrepressible enthusiasm to this 100-plus    ensemble, tailor-made for the rousing choruses of religious oratorios. The singers are disciplined and attentive ..." - THE AUSTRALIAN

Major works to be performed in recent  seasons includes a diverse repertoire, such as the Melbourne premiere of Peter Sculthorpe’s Requiem, the world premiere of Gordon Kerry’s Fronting Eternity, Elgar’s The Dream of Gerontius, Christopher Willcock’s Anastasis and the world premiere of Hieratikon by Stefan Cassomenos, Mozart’s Requiem with Orchestra Victoria at the Recital Centre,  Elgar’s The Music Makers,  Vaughan Williams’ Toward the Unknown Region,  Beethoven’s Choral Fantasia and Mass in C (also with the MSO at Hamer Hall). Other performances have included seasons of Mendelssohn’s A Midsummer Night’s Dream with Orchestra Victoria and The Australian Ballet at the State Theatre, the world  premiere of Stefan Cassomenos’ Requiem for the End of Time (with PLEXUS), Orff’s Carmina Burana, Vaughan Williams epic  A Sea Symphony and Verdi’s Messa da Requiem (at Hamer Hall) and Mozart’s “Great” Mass in C minor at St Paul’s Cathedral.

Popular concerts performed in recent years at Hamer Hall include Zelda: Symphony of the Goddesses; Howard Shore’s The Lord of the Rings: The Two Towers (with the MSO); Scotland the Brave; and National Geographic’s Symphony for our World.

The RMP Choir is also in demand at major ceremonies and events and has recently appeared at the Shrine of Remembrance on ANZAC Day and at the Battle for Australia, The Prime Minister’s Olympic Dinner; The Melbourne Cup, the Victorian Tourism Awards, and the Melbourne Awards to name a few. The choir also regularly performs music for Australian Citizenship Ceremonies at the Melbourne Town Hall and at various Civic Events for the City of Melbourne.