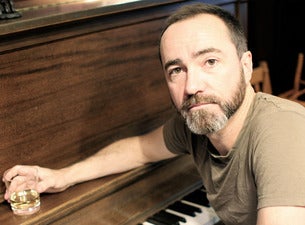 Handsome Tours is excited to announce that The Shins will be returning to Australia this December, in celebration of the release of their fifth studio album, HEARTWORMS. Led by singer-songwriter and producer James Mercer, the band will grace stages in Melbourne, Brisbane and Sydney and will also perform at Fairgrounds Festival in Berry. Written by Mercer, HEARTWORMS is the first self-produced record from The Shins since their debut album OH, INVERTED WORLD, released in 2001. The new record ushers in a return to the handmade and the result is a cohesive, genre defying album, unified by Mercer’s singular vision combining a nostalgic nod to the album’s predecessors and sounds that are distinctly new.

HEARTWORMS, released earlier in March 2017, was headlined by lead single Name For You. Charting in the Top 20 in the US, UK and Australia, HEARTWORMS has received glowing reviews, Mercer once again receiving praise for his skills as a songwriter. With their debut release OH, INVERTED WORLD, The Shins would go on to cause a generation of artists to shift from a lo-fi aesthetic to replicating the record’s emphasis on melody. Their next three albums would add credit to their status as one of the most significant acts of the new millennium, gaining praise from critics and fans alike. Joining Mercer on tour are Yuuki Matthews (bass), Jon Sortland (drums), Mark Watrous (guitar, keys, vocals), Casey Foubert (guitar) and Patti King (keys). Do not miss the opportunity to see these pioneers of indie rock perform live!