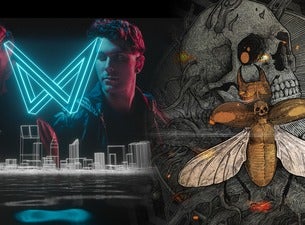 About The Syndicate & Inhibit

It's our birthday. We're taking over a stadium. With Australia's biggest dubstep export. PhaseOne has been granted an exemption to enter WA and will be doing 2 weeks in hotel quarantine just so he can party with us. Now let's make this historic.

Hot off the back of their sold out Metro City show and new single ‘By Your Side’, Flowidus are taking over HBF Stadium with Inhibit’s biggest AV production spectacular you’ve ever seen.