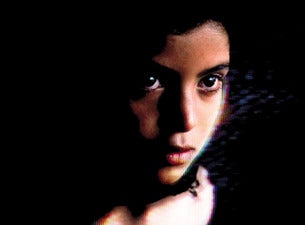 About The Temper Trap

It was the summer of 2009 and across the lands – near and afar – the sound of ‘Sweeeeeeeet Dis-PO-sition’ rang out – on radios, at festivals, in Hollywood films, and at sold out venues. It was the song that launched Melbourne band The Temper Trap​ onto the world stage and it was the first taste of their stunning debut album Conditions.

Follow up hit singles ‘Fader’ (2x Platinum) and ‘Love Lost’ (Platinum), firmly cemented the band’s rise, seeing the once unknown group debut with Conditions into the Top 10 on the ARIA charts and Top 30 in the UK. The album is now certified double platinum in Australia, Gold in the UK and has sold over 750,000 globally and went on to win ARIA Awards for ‘Best Group’ and ‘Most Popular Australian Single’ for Sweet Disposition and the APRA Award for ‘Song Of The Year’ in 2010, also receiving a 2011 nomination for ‘Best International Breakthrough Artist’ at the UK Brit Awards.

Since Conditions launched The Temper Trap onto the global stage the band have moved overseas, started families, confirmed tour muso Joseph Greer as an official band member, performed on main stages of some of the biggest festivals in the world, released a further two #1 ARIA Albums, and announced the departure of Lorenzo Sillitto from the band, and extensively toured globally.

Don’t miss out on tickets to see The Temper Trap perform these very special Conditions shows.