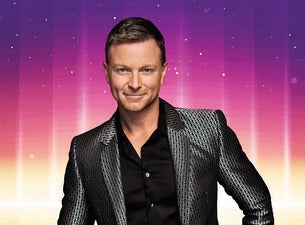 Join Tim and his band as we slip on the leg warmers, fire up the ghetto blaster and ride (on our BMX bikes) through the great melodies and electrifying sounds that created the classic and still much loved music of the 80s. As well as enjoying the 80s favourites, we’ll be reminiscing about the fun loving BLUE LIGHT DISCO days of The Comedy Company, Rubik’s Cube, Walkmans, frizzy permed hair (tease it up for the night), It’s a Knockout, stone wash jeans and even Punky Brewster - I know, Punky Brewster!!

Tim Campbell is a child of the 80s and ex BLUE LIGHT DISCO regular. He grew up in this era and holds the world record* for the most number of mix tapes ever to be shared around his school. (*#fakenews)

Since leaving the 80s, Tim has become one of Australia's most versatile and much loved entertainers. From leading TV roles on Home and Away, House Husbands, Big Sky, Dead Gorgeous and host of national prime time shows Celebrity Singing Bee, Wheel of Fortune, National Bingo Night and countless other TV roles, to starring in stage shows such as Wicked, Rent and Shout!

A favourite each year on Channel 9’s Carols By Candlelight, Tim is also energizing audiences across the country, performing the classic 80s dance floor hits with his band at festivals and constantly in high demand in the events industry.

In 2014, Tim toured his ARIA top 30 and iTunes top 10 album High School Disco, filling the dance floors on his national tour and is extremely excited to return to with these November concerts.

In 2018, Tim will release his sophomore album ELECTRIFYING 80s – Stock Aitken Waterman through his newly formed record label ENCORE RECORDS. The album debuted at No. 1 on the Australian Independent album and label charts, as well as No.15 on the ARIA charts.

Now he’s back with a brand new concert and new ELECTRIFYING 80s album, this time revamping the great 80s hits of the BLUE LIGHT DISCO.

Join us at The Palms at Crown for ELECTRIFYING 80s – Live in Concert!