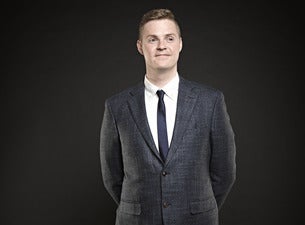 A funny show about whether anything can be funny anymore.

“this is a vitally relevant show, boasting plenty of excellent routines underpinned by a biting wit and fierce social conscience” ★★★★ – Chortle

Oh and fear. Shitloads of fear.

Tom Ballard was awarded the prestigious 2016 Helpmann Award for Best Comedy Performer and also managed to nab Barry and Edinburgh Comedy Award Nominations in the same year. In Boundless Plains To Share he presents a comedic exploration of Australia's fucked up immigration situation.

From the White Australia Policy to Johnny Depp's dogs via the Tampa crisis and Peter Dutton, Boundless Plains To Share charts how we got to where we are today and where the hell we should go next.

After watching Sunrise, reading heaps of Wikipedia articles and talking to academics, advocates, detained refugees and Peter Reith, Ballard reckons he’s pretty much sussed it all out – now he's ready to present his rock-solid solution in an epic 70-minute live comedy event.