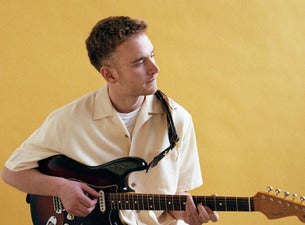 There was a time when producers were continually redefining the boundaries of popular music, casually and breezily breaking down walls as they skipped from genre to genre. Over the years, the musical goalposts have shifted irrevocably and inevitably, with the sense of resolute independence all but vanishing. Tom Misch’sresponse, however, has been to bring it right back to the forefront.

That should be no surprise, however – right from the start, Misch has always chosen the road less travelled. From picking up a violin at age three and training in the Suzuki method, to steadfastly releasing music on his own label Beyond the Groove, to breaking out as an a full-fledged star with his critically and commercially hailed album “Geography” – which went silver in the UK and scored him a cross-generational fanbase that includes Barack Obama –Misch is a shining example of how ploughing your own furrow, staying the course and sticking to your guns can pay off in rich dividends.

It shows a constantly searching, ever-evolving, experimentalist mind at work, keen to spend hours perfecting his craft while also happy (and canny enough) to let it take whatever form it chooses to take. Still fiercely DIY, still defiantly uncategorisable, his loose, mellifluous music reflects an upbringing soundtracked by everything from J Dilla to Otis Redding, Minnie Ripperton to John Mayer. He’s a curator, too, with his Real Good Shit playlists ushering in over 120k followers into his eclectic world.

In addition, he produces all his own music while producing tracks for Loyle Carner, Michael Kiwanuka, Jorja Smith and even John Legend. He followed up “Geography” with the sharp left field detour that’s “What Kinda Music”, a mostly improvised, beautifully collaborative project with jazz drummer Yussef Dayes, and he’s done it all with his integrity intact and curiosity undimmed.

If you think all that sounds like a recipe for commercial obscurity, you’d be dead wrong. If stats are your thing (and numbers don’t lie), you'd probably already know that Misch is a bona fide sensation: 5 million monthly listeners on Spotify. 1 billion streams across his catalogue. Sold out UK/EU and US tours, with 150,000headline tickets sold globally. “WhatKinda Music” also rode a wave of positive critical notices to number 4 in the UK charts on release. Not to mention the Holy Grail – admiration from formative heroes, with none other than Eric Clapton inviting him to play his CrossroadsGuitar Festival in Dallas and JohnMayer himself leaping up on stage to join Tom for a song.

Like any musician worth his salt, Misch defies any attempt to categorise or pigeonhole him. His preoccupation with the wholly immersive and visceral experience of music as opposed to tired old semiotics makes him gloriously flippant where particulars and details are concerned. When he talks about the shape his upcoming record will take, it’s not in terms of trends, but instead, sonics – he refers to the “warm, soulful sounds'' of Al Greene and ArethaFranklin, and about how he can bring that to bear in the studio using analogue equipment, a shift partly inspired by his collaboration with Dayes.

Misch has a miraculous way of passing off the atmosphere and tension around him as all-enveloping, instantly earworming songs and making it seem purely accidental. He zigs when he should zag, turns left when he should veer right, and he absorbs a diverse range of influences and celebrates them fully and without cliché. This is our world through Tom’seyes; listen on.