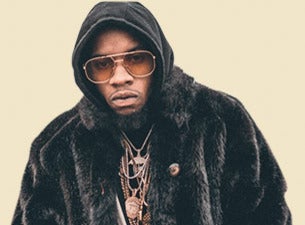 After much anticipation, breakout star Tory Lanez is coming to Australia and New Zealand for the very first time in September 2017. This tour down-under follows a number of headlining festival gigs worldwide including Coachella, Bonnaroo, Wireless Festival and Reading & Leeds as well as tour support on Future’s “Nobody Safe Tour” alongside Migos, Young Thug, Kodak Black and A$AP Ferg. Lanez will make debut appearances in Perth, Sydney, Melbourne, Auckland and Brisbane. Tickets go on sale Friday 7th April 2017 at 9am.

Lanez’s critically acclaimed album I Told You debuted at #4 on the Billboard 200 with 52,000 album units—32,000 pure album sales and nearly 25 million streams—marking the highest sales of a debut urban artist in 2016. With debuts in the top 10 iTunes charts for both Australia and New Zealand, I Told You is out now on Benny Blanco’s Mad Love imprint on Interscope Records and features Platinum-certified Grammy nominated smash “LUV”. Lanez’s massively successful debut single ”Say It,” also eatured on I Told You, is now certified RIAA Platinum after peaking at #1 on both the Rhythmic and Urban radio charts and hit #23 on the Billboard Hot 100.

I Told You continues to receive critical acclaim:
“an intoxicating brew of atmosphere-warping R&B and pop zip...Tory Lanez is a promising talent”—Pitchfork
“Tory is a heartthrob on the rise. It’s not rare to hear his pleading vocals floating out of cars and bleeding from strangers’ headphones on the subway.”—The Fader
“Most likely to break out”—USA Today
“…one of the hip-hop world’s buzziest names.”—Billboard
“One of the defining albums of the late summer”—The Guardian
“He’s built a reputation for having an honest, upfront personality that shines through in his emotive lyricism and willingness to experiment with everything from dancehall pop to reggae and R&B.”—NYLON
“He’s achieved, but he’s only getting started.”—Complex