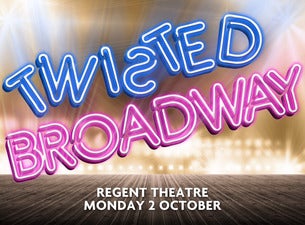 After 6 years of sell-out seasons across Melbourne and Sydney, Twisted Broadway returns in 2017 bigger and better than ever! Featuring some of Australia’s finest television and music-theatre performers singing songs originally written for the opposite gender, Twisted Broadway is the hilarious and show stopping one-night-only fundraiser for research and developmental programs for Australians living with HIV/AIDS.

Re-imaging your favourite Musical Theatre moments like you’ve never seen them before, Twisted Broadway brings together the entire theatrical community to celebrate Broadway in a brand new key.

“Twisted Broadway turns the world of musical theatre upside down, all in the name of charity” – Herald Sun