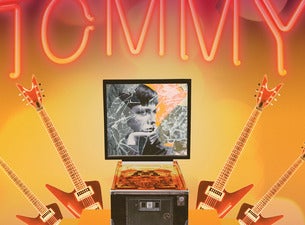 Victorian Opera returns to The Palais Theatre following the critical success of The Flying Dutchman (2015), bringing together the breathtaking experience of large scale opera with the captivating physical theatre of Circus Oz.

In Laughter, the comical adventures of characters from 17th and 18th century Italian theatre, the Commedia dell’Arte unfold through a spellbinding mix of acrobatics and ancient Italian songs.

In Tears, the performers from Laughter unravel through a dramatic retelling of Leoncavallo’s one act opera I Pagliacci – in which the lives of a travelling theatre troupe are forever changed by jealousy, infidelity and rage.

The dramatic intensity of I Pagliacci is indisputable. Canio’s show-stopping aria ‘Vesti la giubba’ (‘Put on the costume’) has been immortalised by some of the world’s greatest singers. Now formidable Australian tenor Rosario La Spina gives new voice to Canio and Emma Pearson, an Australian soprano taking Germany by storm, returns to play the restless Nedda.