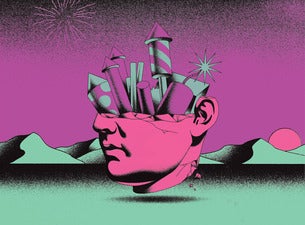 Joining Violent Soho is a stellar line-up of acts including Meg Mac, Methyl Ethel and Waax with more acts to be announced.

Held in conjunction with Sunsuper Riverfire at the iconic Riverstage, this stand-alone marquee music event is exclusive to Brisbane Festival where the crowd will be ensured a spectacular view of the fireworks.