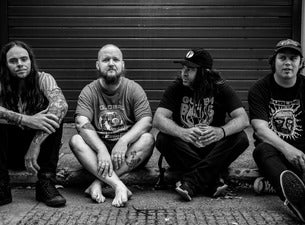 Violent Soho fans rejoice! The band will be playing their first headline show since the release of their massive ARIA #1 fifth studio album Everything Is A-OK on Saturday May 1st.

Violent Soho will take to Brisbane’s iconic Riverstage to play songs from the critically acclaimed, 4 x ARIA nominated album to a live audience for the very first time.

With support from Tired Lion and Seathru, this show will be one for the record books. Riverstage holds a special place in the hearts of both Violent Soho and their fans, with the band playing to a massive sold-out crowd of almost 10,000 animated fans when they headlined at the venue in 2018. Their return to that stage off the back of a year we won’t speak of, is set to be one hell of a party.

Released in 2020, Everything Is A-OK marked the band’s second ARIA #1 after their last release WACO (which scored 2 x ARIA Awards, the 2017 AIR Award for Best Hard Rock, Metal or Punk album and is certified ARIA Gold) topped the national chart in 2016.