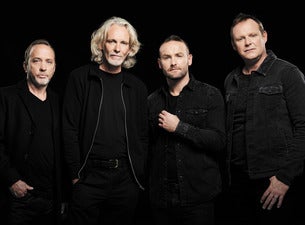 Love will be all around you when UK pop royalty Wet Wet Wet make their long-awaited return to Australia, singing all the hits - Love is all Around, Sweet Surrender, Julia Says, Goodnight Girl and many more.

Since the release of their first single, ‘Wishing I Was Lucky,’ in 1987 the band has grown to become one of the most successful in British pop history. In their career to date they have sold over 15 million singles and albums, featured in the charts for an impressive 500 weeks, and had 27 official UK Top 40 hit singles. Wet Wet Wet has played to more than 4 million people in dozens of countries worldwide; and each tour has cemented their reputation as being one of the best live acts to come out of the UK.

Wet Wet Wet are thrilled to be bringing new lead singer Kevin Simm, winner of The Voice UK and former member of chart-topping band Liberty X with them on tour, the band says “It’s been a long time since we’ve been to Australia! We love it there and can’t wait to play for our Australian fans as a thank you for all the support they’ve shown us over the years.”