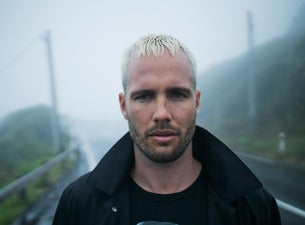 What So Not Tickets

A fortnight out from the release of his long awaited debut album, Not All The Beautiful Things, Australia’s What So Not has announced an Australian leg of his global Beautiful Things World Tour that will now see his epic production sweep through Metro Cities.

Beautiful is a masterful concoction of electronica and house that wraps itself around Winona Oak’s vocals perfectfully – there is an element of tangible vulnerability that oozes from her melody and into the entire atmos of the track.  What So Not explains, “Beautiful enters delicately with Winona's internal dialog. There's a sense of optimism, anxiousness and longing, but also an undertone of sadness, all reinforced with the incredible duality along her vocal range.  It’s always intrigued me how this song evokes such a feeling of freedom and open space, yet the protagonist sounds quite troubled.  I think the hypnotic and intoxicating energy of the production also adds to this perplexity.  We put this together in the jungle of Nicaragua which definitely had a sizeable impact on the sound pallet but one of my favorite things has to be how 'Robert Plant' Ryan McMahon (Captain Cuts) managed to propel his vocal adlib.”

Over three years in the making, Not All the Beautiful Things is about transformation and metamorphosis, a culmination of everything the Australian-born artist has been working towards as he’s built his reputation as one of the most innovative producers in the game, garnering over 469 million combined streams in the process.  More than an album, it’s a fully realized artistic statement in which What So Not is in full control of every aspect, from the stage design and visuals to the music videos and merchandise. “I didn’t want to put anything out that doesn’t cohesively match the essence of the songs,” explains the man behind it all.

Having established himself as one of the world’s most revered electronic acts, it’s hard to believe that What So Not hasn’t yet released an album. The man behind such massive anthems as “High You Are” (50 million-plus streams), “Waiting” (with Skrillex and RL Grime), and his remix of RUFUS du Sol’s “Innerbloom” (#30 on triple j’s Hottest 100 list for 2016), has a slew of EPs under his belt, including 2016’s widely-praised Divide & Conquer.  Last year What So Not released “Be Ok Again,” writing and performing the vocals himself for the first time. The song has garnered 2.8 million collective streams and was one of the most played songs on Triple J throughout the summer.

Balancing prolific touring and studio time, 2017 saw What So Not close Coachella’s Gobi tent, headline Australia’s Listen Out festival and play sold out shows across Europe, America and the UK – and now it’s time for him to return to Australia to bring his new album to life for a homegrown crowd.  Thrilled to bring his global tour to his own country and proudly presented by BBE, Maker and triple j, What So Not enthuses, “This will be the biggest, boldest and brightest tour I have ever brought to my home shores.  Come step into the world I’ve been creating!”

WHAT SO NOT is Chris Emerson.