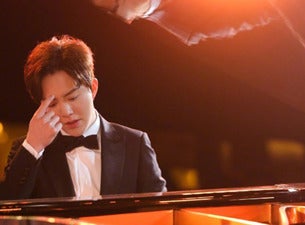 “The brilliant young Chinese pianist has proved a technically astounding pianist who is by turns elegant and rambunctious, coolly expressive and white-hot.” — The New York Times

Internationally acclaimed pianist YUNDI LI tends to attract hyperbolic headlines wherever he performs. In 2018, he will head to Australia & New Zealand for his first-ever concert tour in this October 2018.

YUNDI was propelled onto the international stage when he won first prize at the XIV Chopin International Piano Competition at the age of 18, becoming the youngest and first Chinese winner in the history of the renowned competition. Since then, he has been regarded as an international piano star, also a leading exponent of Chopin’s music. He later became one of the youngest jurors in the 17th International Fryderyk Chopin Piano Competition in 2015. In recognition of his contribution to Polish culture, the Government of Poland presented a Gold Medal for Merit to Culture ‘Gloria Artis’ to YUNDI in 2010.

YUNDI has released fifteen CDs worldwide on Deutsche Grammophon and EMI Classics. In 2003 the album Liszt won the German Echo Album solo award, the Netherlands Edison Award, the Chinese Gold Record Award and the New York Times ‘Annual Recommendation’. In 2007, he became the first Chinese pianist to record live with the Berliner Philharmoniker and Seiji Ozawa. This Deutsche Grammophon disc met with rave reviews and was named ‘Editor’s Choice’ by Gramophone magazine.