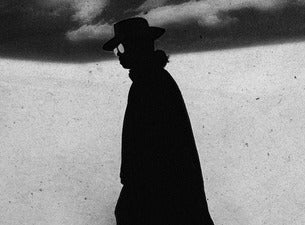 Enigmatic LA-based singer and producer ZHU has taken the electronic music world by storm ever since breaking onto the scene in 2014 with his red-hot debut single "Faded". As the track burned up charts in the US, UK, and Australia, ZHU chose to remain anonymous, foregoing live performances and avoiding interviews as buzz surrounding his identity swirled. Only after "Faded" was nominated for a 2015 GRAMMY did ZHU begin to open up about himself, but details about the young producer remain murky. What we do know is that since ZHU started performing, his sets have become the stuff of late-night legend thanks to his seductive vocals, bleeding-edge blend of originals and remixes, provocative video projections, and insane laser light shows. Fans looking for a taste of what's next in electronic music won't want to miss the chance to dance with ZHU as he performs his slick, stylish brand of deep vocal house in concert.

Steven Zhu was born and raised in San Francisco before moving to Los Angeles to attend USC's Thornton School of Music. After graduating in 2011 he continued to hone his songwriting and production skills with an ambitious project titled "52 to ZHU", which saw him release a new track every week for an entire year. He caught a major break in 2014 when he anonymously released the song "Moves Like Ms. Jackson", a pitched-down mash-up of Outkast hits that garnered serious blog buzz and left fans scrambling to identify its creator (British production duo Disclosure was initially thought to be behind the track). ZHU followed up in mid-2014 with his debut EP The Nightday, which spawned the US Dance Chart No. 1 "Faded" and earned him a GRAMMY nomination for Best Dance Recording. His rise continued with his late-2015 sophomore EP Genesis Series, which featured collaborations with big names like Skrillex and AlunaGeorge and earned him another Top 10 US Dance hit with "Automatic". Fans can’t wait for  his 2016 spring tour and his full-length debut album, and with their support, the sky's the limit for ZHU.