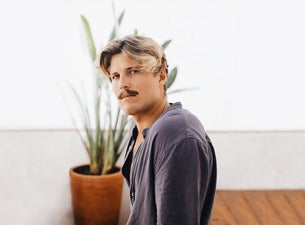 In celebration of the new album Laps Around The Sun, Ziggy Alberts is embarking on his Laps Around The Sun World Tour. Kicking off his first shows this December, Ziggy will be headlining rooms of all shapes and sizes across Australia, New Zealand, UK, Europe, North America, South Africa and South America.

No stranger to life on the road, the world tour celebrates the next chapter in Ziggy’s growing career and will take him to both foreign and familiar lands. With over 100 dates to be announced, be sure to keep a close eye as the shows start to roll out.

For first time Ziggy enthusiasts, we will give this away - Ziggy is an energetic performer with songs that carry powerful messages about his passion for the ocean & environment, love stories and memories of being on the road as a touring musician. Somehow Ziggy continues to truly connect with his audience, despite the growing room sizes at every show. Expect your night to be a musical journey of dancing, sing-a-longs, and unplugged favourites, with Ziggy having the crowd bouncing one moment to silently swaying the next.

Recording of the Event by Promoter.

You agree that by attending the Event you consent to being included in any film and sound recordings of the Event and for these recordings to be used by Promoter in any medium or context without further authorisation by or compensation to you. Promoter has the right to use any photos, film or other recordings taken of people or things attending the Event for presentation, promotional or other purposes at Promoter's sole discretion in perpetuity.