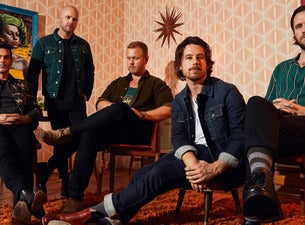 1 Events
Loaded 6 out of 6 events
Back to Top

After the most tumultuous period of their lives both personally and professionally, Boy & Bear are back.

The band’s position in the music industry was firmly cemented in 2011 after their debut album Moonfire reached platinum, won five ARIA awards and had three songs in triple j’s Hottest 100. They have released two albums since; Harlequin Dream, which debuted at #1 on the ARIA Albums Chart, spent five consecutive weeks in the top 10 and has since gone platinum, followed by Limit Of Love, also debuting at #1 on the ARIA Albums Chart.

With the news of new album Suck on Light earlier this year, the band announced a global tour, starting with a small run of sold out shows locally before embarking on a North American tour and continuing to Europe/ UK in early 2020. Upon their return, the band will be bringing the new album to fans across Australia.