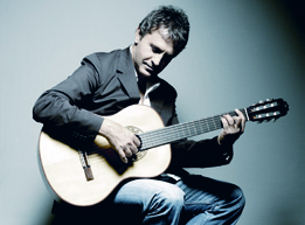 George Dalaras, Greece's most influential artist, has collaborated with the likes of Sting, Bruce Springsteen, Youssou'n'Dour, Paco de Lucia, Peter Gabriel and Goran Bregovic. His extraordinary passion and skill have had an undying influence on world music. He is Greece's most important musical ambassador.
With over 75 personal albums and 55 other collaborative recordings, he has achieved multi gold & platinum record sales, with totals exceeding 14 million copies. Dalaras will bring one of the highest calibre musical experiences we have had in a long time.
Currently performing his world 'Encore Tour' to sell-out audiences across Europe, and for the very first time in Istanbul, he will reach Australia this October. He will perform a repertoire spanning his 40-year career. Dalaras and his band will bring the essence of Greece to our shores.
Along with contemporary artists Melina Aslanidou and Michalis Tzouganakis, he is sure to inspire and excite audiences across the country.